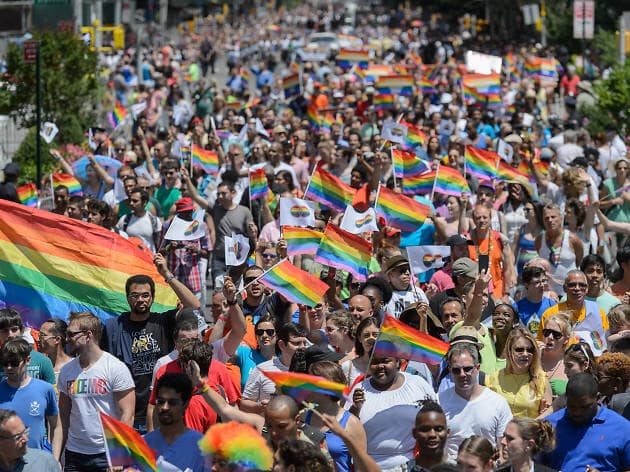 Hey there, if you are trying to find out about the best gay and lesbian bars or clubs in Orlando we have you fully covered. This LGBT nightlife guide will also be getting into topics like mixed clubs, trans bars, drag shows, the main queer area of town and more!

LGBT online dating is more popular than ever and we have some great sites to tell you about that are best for those who want to hook up quick. Plus we will mention all of the best LGBT pride events and meet ups we know about in this city.

Not everybody likes to go out to a lesbian or gay bar or nightclub to try and meet people, so we will try to cover the full gambit. Be sure to read more of our gay nightlife guides for cities all across the East Coast here.

Let’s start this off with a list of the best mixed LGBT bars and nightclubs in Orlando:

It really wasn’t all that long ago that gay bars in Orlando were only full of men looking for men to hook up with. These days most places are more mixed LGBT style, and some are mixed gay and straight. There will be plenty of men looking to hook up at the bars and clubs we just listed.

Along those same lines we do not know of any straight up lesbian bars in Orlando for women to meet women for hook ups or dating. The mixed list should have plenty of options for you and if there are no cute girls around to hit on head out and find another place to try.

With that said Park Social does have a popular ladies night on Thursdays.

We aren’t really to the point of having full on trans bars in Orlando, but you can find drag shows that may help you locate ts near you at:

Our goal is to keep our lists as up to date as possible but we cover so many cities around the world that it can be pretty tough. We know the scene here pretty well, but not as well as the local experts.

If you happen to notice anything out of date on here or if we left some place off that is a can’t miss please use the comments to let us know. Also, if you think any venues should be listed as solely places for men to meet men or women to meet women fill us in, thanks if you can help.

Many of these gay or lesbian bars can be found in the LGBT nightlife areas of the Milk District, Thorton Park and downtown. But there are plenty of gay venues around the city.

Be sure to look through more of our posts on:

And these are the best pride events:

It used to be that gay bars were pretty much the only places to try and find other LGBT people near you for dating or hook ups. Luckily those days are long behind us, and now we want to tell you about some options that have only been around for a couple decades.

We know that not everyone is in the same position as far as their status goes and there are probably people reading this who may not want to be seen at or have their photos taken at a gay bar. Our first sites to tell you about are owned and operated by Adult Friend Finder.

You have probably seen the AFF links online before since they have helped millions of people hook up in their over fifteen years in the game. Their top site for finding gay men near you to hook up with is Men Nation and it is very popular in major American cities.

Their site for the ladies is Lesbian Personals and it also works great. Those who enjoy hooking up with all genders can use Adult Friend Finder because it covers all the users on their numerous kinky sites.

For fast m4m hook ups nothing out there are no more reliable options than Men Nation. For f4f hook ups try out Lesbian Personals and have a great time doing so.

We also want to mention the world’s top transgender dating site, MyTransgenderDate. Trans dating in Orlando will only continue to grow as more ts feel confident enough to be the person they really want to be.

At this point we have covered the Orlando LGBT nightlife in full. You have learned all about the best mixed, gay, or lesbian bars and clubs plus drag shows to party with trans and all sorts of LGBT dating sites. Now choose the best option for you and enjoy yourself.