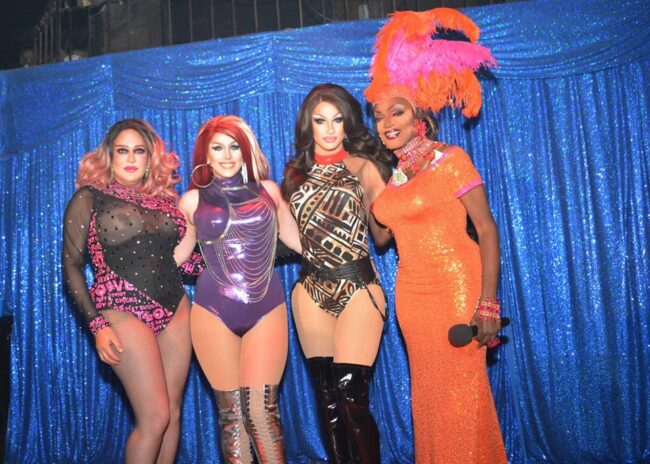 Hey there everyone! If you are looking for info on the best gay and lesbian bars or clubs in Tampa Bay and St Petersburg we have you fully covered. This LGBT nightlife guide will also discuss topics like mixed clubs, trans bars, drag shows, the main queer area to party in and more!

We will also be getting into the best options for LGBT online dating, particularly for people who are more interested in hooking up than getting married any time soon. Plus we will mention all of the best LGBT pride events and meet ups we know about in this city.

Not everybody likes to go out to a lesbian or gay bar or nightclub to try and meet people, so we will try to cover the full gambit. Here at NightlifeLGBT our goal is to get you as much info as possible so that you can make the best decisions for your own personal needs.

We might as well begin this with a list of the best mixed LGBT bars and nightclubs in Tampa Bay and St Petersburg:

We used to live in a world where most gay bars in Tampa Bay were only full of men looking for men to hook up with. These days the lines have become a lot more blurred and most venues are more mixed LGBT style, and some are mixed gay and straight. Don’t worry, there will be plenty of men to try and hook up with at the mixed venues we just listed.

At this time, we don’t know of any solely lesbian bars or clubs in Tampa Bay or St Petersburg, if you do please mention them in the comments at the bottom of the page. The Honey Pot bar used to have lesbian nights called Tease Saturdays which obviously would have been a good time to attend but it recently closed. Maybe ask around and see if anything has replaced it yet.

We aren’t really to the point of having full on trans bars in Tampa Bay or St Petersburg, but you can find drag shows that may help you locate ts near you at:

There are also transgender stripper nights at Players Club in Ybor City on Monday and Tuesday starting at 9pm. Look guys, we can’t be true experts on all the cities that we cover. We know the scene pretty well, but not as well as the locals will.

It would be great if you could let us know about any errors we made or if anything is out of date on this page in the comments section at the end. Also, if you think any venues should be listed as solely places for men to meet men or women to meet women fill us in, thanks a lot.

There is a queer nightlife area on 7th Avenue in Ybor City, but plenty of venues are spread out all across the metro area. Be sure to read our other posts on:

And these are the best pride events plus other LGBT events throughout the year like:

Let’s face it, going out to an LGBT bar or club isn’t for everyone. Sure, there will be some drunk people around you might be able to hook up with, but you have to deal with being around a bunch of people you don’t know which isn’t always ideal.

It is also safe to say that we aren’t all in the same position and there are probably people reading this who may not want to be seen at or have their photos taken at a gay bar. Plenty of us don’t mind, but we aren’t going to expect everyone to feel the same way as we do.

We have a few options to tell you about, and the first ones are mostly geared towards casual sex, not getting hitched. Men Nation is a really good gay dating site for hook ups, and if you want to hook up with gay men in Tampa Bay and St Petersburg you should look into it.

Lesbian Personals is a really good lesbian hook up site, and they are both run by Adult Friend Finder. You have probably seen their ads around the internet many times in the past and gotten a little curious because they have been in business for over fifteen years. Those who want to find other gay men near you to hook up with can use Men Nation for great results.

Women who want to meet lesbian women can use Lesbian Personals, and those who are bi-sexual and like all types can check out Adult Friend Finder which covers the whole gambit. Serious relationships aren’t for all of us and these sites are a great way to hook up for those that don’t enjoy partying in the LGBT nightlife.

We also want to mention the world’s top transgender dating site, MyTransgenderDate. Trans dating in Tampa Bay is more popular than ever before and will only continue to grow as more ts feel confident enough to be the person they really want to be.

At this point we have covered the Tampa Bay and St Petersburg LGBT nightlife in full. You know all about the best mixed, gay, or lesbian bars and clubs plus drag shows to party with trans and all sorts of LGBT dating sites. Now choose the best option for you and enjoy yourself.