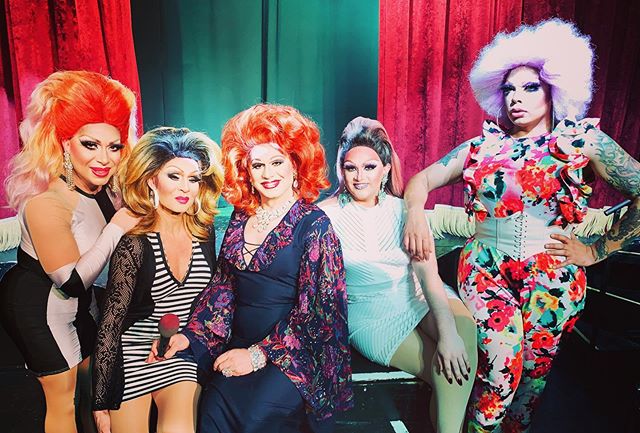 If you are trying to locate the best gay and lesbian bars or clubs in Oklahoma City we have all the info you need right here. This local LGBT nightlife guide will also cover things like mixed clubs, trans bars, drag shows, the main queer area of town and more!

On top of that the best LGBT dating sites will be mentioned, particularly some sites for those who are more interested in hooking up than getting too deep into a serious relationship at the moment. Plus we will mention all of the best LGBT pride events and meet ups in your area that we know about.

Not all of you will be interested in going out to a lesbian or gay bar or nightclub to try and meet people near you so we will try to cover all the bases so that you can pick out which option you prefer.

Let’s start this off with a list of the best mixed LGBT bars and nightclubs in Oklahoma City:

Unfortunately we heard that The Wreckroom and The Copa both shut down over the pandemic which were big losses for the scene.

These days gay bars and clubs in Oklahoma City for men to meet men are becoming more like mixed LGBT hot spots. You can find gay men near you at any of the bars we listed above.

We are not aware of any purely lesbian bars for women to meet women in OKC, though Phoenix Rising, Angles and Partners would probably be your best options.

We aren’t really to the point of having full on trans bars in Oklahoma City, but you can find drag shows that may help you locate ts near you at:

You can also find some shows at Frankie’s. We tried our best to differentiate between strictly gay bars and mixed LGBT bars in your area but we won’t claim that we did a perfect job of it. If you disagree, if any of the venues we have listed have closed, or if any new local LGBT hot spots have opened up be sure to let us know in the comments below so that our lists can be as correct and up to date as possible.

Many of these gay or lesbian bars and clubs can be found in the LGBT nightlife area of 39th Street and Penn. Go out in that part of town and you will be able to check out the various venues and find out the right spots for your personal tastes.

And then there is the Oklahoma City Pride Festival & Parade held every June.

We know that going out to a local LGBT bar or club is not for everyone. We don’t all enjoy the party scene, and these days many of us have become more and more introverted which is totally understandable.

Plus not everyone is fully ‘out’ at the moment and may not necessarily want to be spotted and get posted about on social media. Whatever your reasons or motivations are LGBT dating sites are a great way to meet people near you without having to get all dressed up and head to a gay or lesbian bar to do so.

The first sites we want to mention are mainly geared towards casual sex, they aren’t exactly dating sites. As the divorce rates keep climbing lots of people are enjoying the single life and aren’t looking for any commitment at the moment.

If you are gay and looking for guys near you to hook up with try Men Nation, if you are a lesbian and want to find lesbian girls in Oklahoma City to hook up then Lesbian Personals is your spot, and if you are bi try Adult Friend Finder. One day a serious relationship might interest you, but until then we all have needs.

These sites are a nice and discreet way for you to get it in without visiting the LGBT bars, clubs, and nightlife. We also should tell you about the world’s top transgender dating site, MyTransgenderDate. Trans dating in Oklahoma City is trending upwards at a rapid rate as more ts near you are finally comfortable living the life they want to live.

Alright then, we have told you all about the Oklahoma City LGBT nightlife as best as we can. You know where to go to find mixed, gay, or lesbian bars and clubs in your area plus drag shows to party with trans and all sorts of LGBT dating sites. We hope you make the most of the information at hand.