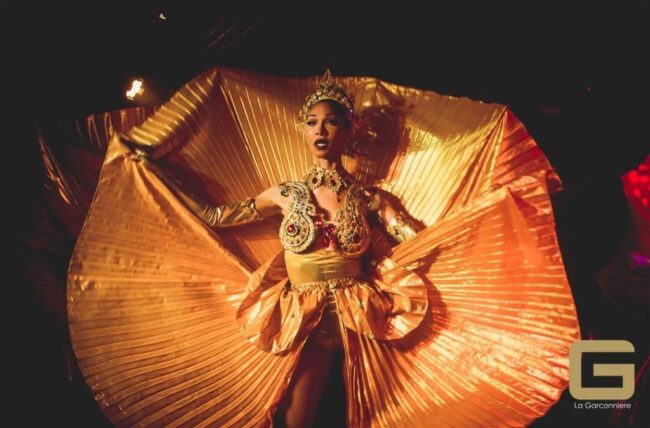 Those who want to learn more about the best gay and lesbian bars or clubs in Geneva are in the right place. We will also be discussing topics like mixed clubs, trans bars, drag shows and more in this local LGBT nightlife guide.

There are numerous annual and more frequent pride events that also deserve a mention. And in this modern tech era it would be quite silly for us to leave out the best LGBT dating sites.

Not all of you will be interested in partying at a lesbian or gay bar or nightclub in your area to try and meet people so we will try to cover all the bases so that you can choose your own adventure. You may also be interested in our Zurich LGBT guide.

Let’s kick this off with a list of the best mixed LGBT bars and nightclubs in Geneva:

If you are searching for gay bars and clubs in Geneva for men to meet men you can go off that first list we just posted. Back in the day things were far less inclusive, but currently most venues have become more LGBT friendly instead of being strictly local gay bars. Don’t worry, men can meet men at plenty of spots around town.

Along those same lines we are not aware of any straight up lesbian bars in Geneva for women to meet women. The mixed list should have plenty of options for you and if there are no cute girls around to hit on then it is time to try somewhere else.

While these may not exactly be trans bars in Geneva you can find drag shows that may help you locate ts near you at:

We really do try our best to keep our lists current but we cover so many cities around the world that it is very hard for us to keep up. We know the scene here better than most, but not as well as the local experts.

If you happen to notice anything out of date on this page or if we left some place off that is a can’t miss please use the comments to let us know. Also, if you think any of the above should be listed as solely places for men to meet men or women to meet women fill us in.

There really is not one main gayborhood in your area, things are pretty spread out around downtown. You may also be interested in reading our LGBT guide’s for:

Here are some of the best LGBT events that are held on a regular or semi regular basis:

Geneva Pride in July is obviously a party you will want to attend.

Trying to find other LGBT people near you for dating or hook ups was a lot more difficult last century. The local gay or lesbian bars were pretty much your only choice, but thankfully that isn’t how it is anymore.

It is also fair to assume that not all of you reading this are in the same position as far as status goes and there are probably some who won’t be too keen on having their photos taken at a gay bar. It is pretty safe to guess that most of you have seen Adult Friend Finder links online before, it is the biggest hook up site on the planet and has been for almost twenty years.

Their main site for finding gay men near you to hook up with is Men Nation and you might be surprised at how many users it has in major European cities like this one. The ladies will be better off on Lesbian Personals which is obviously just for them.

Bi-sexuals that don’t have a preferred gender to hook up with can go with Adult Friend Finder. It combines all the users on their numerous sites which are not only straight and LGBT but also include swingers and all kinds of kinky people.

So if you want m4m hook ups use Men Nation, and for f4f hook ups use Lesbian Personals. Many of you may also be a bit curious about the world’s top transgender dating site, MyTransgenderDate. Trans dating in Geneva is more popular than it has ever been as more ts near you are finally comfortable living the life they want to live.

Alright then, we have told you all about the Geneva LGBT nightlife to the best of our abilities. You learned all about mixed, gay, or lesbian bars and clubs in your area plus drag shows to party with trans and all sorts of LGBT dating sites. We hope you make the most of the information at hand.